You are not a Bad Person. You are Just a Person. The Problem of Sin. 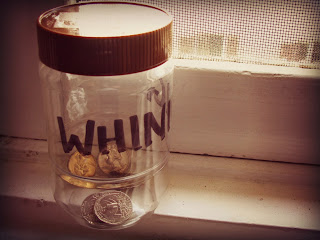 Last night after a tearful recovery from an afternoon battle of wills, I asked my son if he could describe to me what exactly he thinks went wrong.

I feel like I am a problem you are trying to solve.

I am not sure if my response was all that helpful or appropriate, but I told him that actually he was right. He is my problem to solve. He is my child to teach. He is my person to raise and to shape into a helpful and thoughtful young man.

I asked him if he wanted to be someone who is respectful and kind, and he quickly agreed that he does in fact want to be those things. And he often is. I told him that it is my job as his parent to teach him how to be those things.

I asked him if he wants to be a patient person. He was less willing to concede to that one. He instead told me that he would like to be a person who doesn’t get bored so quickly. I will take what I can get.

We recently instituted a “whining jar” into which he is forced to put money any time he gives into his knee-jerk response to almost any request: a high pitched protest. He told me that I am mean, and that I am taking his money from him. I tried to counter that no, it is his behavior that is taking away his money, not his arguably mean mother.

More often our frustrations with each other drive him to be harder on himself than he is on me.

One evening he lamented that now that we have moved, he misses his friends and the life that he used to have. I agreed that I miss those things as well, but reminded him that our move means that I am around much more than I ever was when I was working in a church. I pointed out to him that now I am around to help him with his homework, to make his bed for him when he leaves in the morning without doing so, to cook for him every night, to make his lunch every morning...and then he burst into tears.

I am such a bad person, I am not helping you at all!

I felt a little better about my response to this one: You are not a bad person - you are just a person.

People, it turns out, don’t always do the right thing or the most helpful thing. People tend to take the ones they love for granted. People forget to make their beds. People undervalue their parents. People need help from their mother.

We have entered a new phase in our relationship together. How many times did I hold him and tell him that he was a perfect child of God, created in God’s image, gifted with God-given abilities, loved unconditionally? I am sure that it now sounds to him like I am singing a completely different song - that he whines too much, doesn’t take responsibility for his own things, and sometimes can be downright rude.

I know that we are not the first or last parents to move through this season.

It feels like the closer he gets to what some traditions call the age of understanding, or what the Bible calls the age when one has the ability to choose the right from the wrong, the more often he chooses the wrong rather than the right. I have spent enough time with teenagers to know that it takes a long time for a person’s brain, body, mouth and heart to work in harmony with one another. I have worked with enough adults to know that for some they never do.

It is this very moment, as our son, who just turned 9, begins to take on more responsibility for himself, and as we begin to have more expectations of him, that we are hit right in the face with how we teach our children about sin and what it means to fall short.

So today I am searching for new language to use with my son - language that will make him confident that he is a beloved child, not just of God, but of his parents as well. Language that will teach him that it is hard work to be a good and loving and responsible person, but work that he will have to spend his life learning to do.

In her book, Let the Children Come: Reimagining Childhood from a Christian Perspective, Bonnie J. Miller-McLemore talks about the shift that we have made as Christians in our understanding of children when it comes to perfection and imperfection, innocence and depravity, discipline and permissiveness.

One needs a little power before one can recognize one’s true identity: a sinner who can be forgiven, rather than a victim who can protest...Only with the freedom to make mistakes are there fewer people to blame...Children are often more sinned against than sinners themselves. They need a gradual transfer of power and freedom. The deeper identity of sinner gives children more power than that of victim. With increased knowledge, authority, and control comes growing responsibility and culpability, and ideally - in the Christian story - liberation and grace. Parents do well to keep this trajectory of moral and spiritual development in mind in their parenting.

So we seek a balance between “You can do no wrong,” and “Why can’t you do anything right?”

But most importantly, we remind him that we all do things wrong a lot of the time - and we still love one another. That none of us is perfect - not him, and especially not his parents. That he has to learn to take responsibility for his own mistakes and ask for forgiveness. Hopefully we are teaching him to do both.

We are all just people - sometimes bad and sometimes good. In truth we are all our own problem to solve, and that is what life as an adult is all about. Parenting is about helping children learn not just how to solve that problem, but giving them the belief that it is a problem worth tackling in the first place.

Teaching children about sin and grace means admitting to the fact that this will be work they will do for the rest of their life - work that will never be complete. But just like I offer him forgiveness even when I am pretty sure he doesn’t think he has done anything wrong, and even when he is convinced he doesn’t deserve it, teaching him about sin and grace means that he will learn that God has forgiven him and will forgive him for the countless mistakes he will make over his lifetime.

I have always struggled with how we talk to children about the connection between their sin and the image of Christ on the cross as a means of forgiving them of that sin. Certainly their particular sins (like being rude to one’s mother) don’t warrant that kind of sacrifice.

Instead, a better image is that of the incarnation. That people’s sins big and small were important enough a problem to solve that God himself came to be with us and to teach us how to work on them together. This shows the measure of God’s love and God’s willingness to offer us grace before we ask for or deserve it.

That is why even when I send my son away after a fight or a battle of wills, telling him to come back after he has worked out what he has gotten wrong, I always find myself going to him first to be with him while he works it out. Grace and incarnation in the face of sin means that for as long as he will let me, I will be there for us to work on this problem together.
Posted by Rebecca Kirkpatrick at 3:55 AM