The History of the Kingdom of Israel: 5 Things (out of 100) that your child should know BEFORE Confirmation 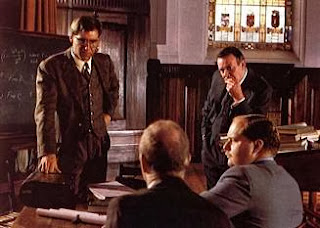 A couple of years ago our family spent a weekend in a lovely cabin in the woods and brought along one of my son’s friends to share the time with. When Sunday morning came I felt slightly guilty that these two boys were missing out on a Sunday school lesson for the day. After realizing that the owners of the cabin were avid movie fans, I popped in Indiana Jones and the Raiders of the Lost Ark for our morning activity and hoped that they would glean from it a little bit of the tumultuous history of the Kingdom of Israel (and World War II).

As we were watching I chuckled at the irony of Dr. Jones chiding government agents who were seemingly too clueless to grasp the significance of the Ark of the Covenant and its role in the history of Israel. It’s my favorite line from the whole movie: “Didn’t you guys ever go to Sunday School?”

Most Sunday school curricula these days hardly touch on the history of the Kingdom of Israel. The lessons tend to stop at the slaying of Goliath, and then maybe pick up again with stories from Daniel. A lot of this history is either too complicated to grasp in a 45 minute Sunday school lesson or a little too racy or violent for us to feel comfortable teaching it to our children. Or maybe it’s just a little too boring for us to work it into a craft project or a song.

What this means is that not only do students come to Confirmation not knowing the details of these portions of the Old Testament, they have not even been introduced to some of the basic concepts that I outline below, which frame much of the context of the New Testament and are at the foundations of Old Testament theology.

1.The Basics
It is important right off the bat that students understand that there was in fact a Kingdom of Israel. I often like to back students all the way up to the Exodus and talk about how the Israelites went through a period with no king without much success. They probably know that David was a king of Israel (see more below) but have no sense of any of the other kings and their legacy. Being able to name the line of succession from one king to the next is not all that helpful- more important is to have already been introduced to the idea that God made a covenant with David and his household that God would protect them and guarantee that an ancestor of David always sat on the throne of Israel.

It is also important to make sure that students can find Israel on a map. I remember one class when we had to take at least 20 minutes of class time just to locate the Middle East and Palestine. Because so much of God’s relationship with Israel is about promising a home and a place, students need to be able to find that “place” for themselves.

When students come to Confirmation class already aware of the basics of the history of Israel they can be introduced to some larger themes that can help us all understand the Old Testament better. The Psalms are full of language about the “king” and about the responsibilities of the king in the society - most illustratively we see this is Psalm 72. Understanding the Kingdom of Israel can also help them better understand what it means when we call Jesus the “King of Israel.” How did Jesus fulfill the promise that God made to David?  How did Jesus fill these responsibilities of the king?

27. The Stories of David
The call of David from shepherd harpist to giant-killer is one that I am pretty confident most children learn either in Sunday School or from a children’s Bible. It is a great story, though not all that child friendly. One of the great things that can happen in Confirmation is that we can take the foundation of what they already know about David as a boy and young man and add in the more complicated elements of his story that made him a both a great king and also a sometimes questionable human being.

David is a difficult guy to deal with, and much of what we do in Confirmation has to do with teaching students how to deal with difficult texts. Here is an example of some of the great resources that are out there to use with Confirmation age students in order to dig deeper into these sticky issues:


28. The Temple
In addition to understanding the deep connection that Israelites had with the land, it is also important that students come to class understanding at least vaguely that Israelites also had a strong connection with the temple in Jerusalem and the presence of the Ark of the Covenant there. Typically most students come knowing about the ark (though I suspect a lot of their imagery for this comes from Indiana Jones, as my son’s does) but they don’t have the sense that it was kept in the most sacred place in the temple and that the Israelites believed God dwelled in that place with it.

We have such a different world view today and a different understanding of where God is in our world. It is sometimes hard for students to grasp the idea that these ancient people would have thought that God was located there in the temple. We tell them all the time that God is everywhere, even in the most un-sacred of places. This provides a wonderful opportunity to talk about God’s presence with us but also how we interpret scripture based on these differing world views. Talking together about the role of the temple in the life of the people of Israel will help them to better understand the significance of the exile (see below) and even provide a context for what it meant when Jesus talked about the temple being torn down and rebuilt. For them it may sound like an empty threat, but for the Jews who heard it, it was much more significant.

29. The Exile
If we do a poor job teaching children about the basics of the Kingdom of Israel, we do an even worse job teaching them about the differing times of exile that Israel experienced over a period of 200 years. While the circumstance surrounding the Assyrian and Babylonian exiles can seem complicated, it really is enough to give them a sense that God had promised the people of Israel this specific land and then, because of foreign attacks and defeats, they were removed from this “promised” land. This is the moment when the first temple was destroyed and the people of Israel were forced to rethink their identity and craft a faith separate from their land and their religious center.

In Confirmation class we can talk more about what it means to have a crisis of faith as an entire religious group. How do other parts of the Old Testament (for example Psalm 137) and the writings of the prophets reflect how the people understood their new religious reality in this time of exile? We can also focus on the concept of politics and religion being intertwined. Most importantly we can talk together about what it means to find restoration through God. Too often we talk with youth about a crisis of faith being all about forgiveness. They need to be given other ways to understand what it means to be restored in a relationship with God, and this biblical narrative of exile and homecoming can really resonate with young people if we find the time to make it a part of their religious vocabulary.

30. The Historical Books
I will admit that even I struggle to put the books of the Old Testament in the correct order when it comes to these historical books. In Confirmation we are learning how to use the Bible and especially how to find things in the Bible. I am pretty sure that they will never sit down and read through 1 or 2 Chronicles, but they need to be aware that these books are in the Old Testament and that they tell the history of the the Kingdom of Israel:

We are getting close to the end of this series on the 100 Things Your Child Should Know Before Confirmation Class! Just a few more to go. Please remember that you can find the entire list here...and that each heading provides a link to the post which describes these items in further detail along with what we can do in class when students come equipped with this kind of foundation.

Posted by Rebecca Kirkpatrick at 4:08 AM