“The Giver”: Remembering what is right and good 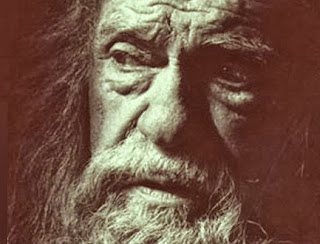 I didn’t read Lois Lowry’s young adult novel The Giver when I was a young adult. In 1993, when it was published, I was at the tail end of my high school career and missed being assigned the book in school. Instead, I was introduced to it by a grandmother in my congregation. Not the kind of sweet elderly grandmother you might picture, but the cool kind of grandma who asked her grandchildren what they were reading in school and tried to read the same books herself.

She passed it on to me suggesting that I might find it challenging and thought-provoking. I did. So much so, that as I start this new monthly series on the ways that we can connect theological and biblical concepts to the books that our children are already reading, I want to start with The Giver.

If you have not read it yourself previously, or if it has been awhile, here is a brief summary of the book - spoilers abound!

Jonas is a 12 year old boy living in a future community where all of the decision-making and differences in life have been smoothed over. His community strives for sameness, precision, and civility. Everything in their lives revolves around maintaining those values. Those who threaten these values are “released” from the community.

Upon reaching the age of 12 each child is assigned a role by the group of Elders in which they apprentice and eventually work. Jonas, because of his intelligence, kindness, and earnestness, is chosen by the Elders to take on the role of the Receiver of Memory for the community.

As Jonas begins his training as the new Receiver, he learns from the old man who has now taken on the role of the Giver that the community decided many generations ago to remove all collective memory of the past in order to ease their life together. They no longer hold memories of war, of hunger, of suffering or of pain. Unfortunately, in the process they have also lost all memories of love, compassion, family and joy. As Jonas receives more and more memories he becomes more and more frustrated with the life that the community has created - a life vacant of any choice, any connection, any hope.

Jonas eventually comes to learn as well that the “release” that is practiced in order to maintain this type of community, to make sure that order is kept, is essentially government mandated euthanasia. The old are “released” when they reach a specific age. When a member of the community violates the community rules three times, they are “released.” Particularly upsetting to Jonas is his discovery that infants and young children are also sometimes “released,” either because they are one of a set of twins or if they fail to learn to sleep through the night.

Jonas struggles to understand how he can remain in the community now that he not only knows the cruelty that it contains, but also holds memories that he will have to bear the burden of carrying, only to be called upon to give his wisdom when the Elders encounter a problem they have never experienced before.

There are many details to this strange and compelling story that I don’t have room to include here.

As I had planned, I read the book again for myself on my own and then read it out loud together with my nine year old. I didn’t realize how well the book is written till I read it with my son. Lowry does a compelling job of slowly revealing the bizarre nature of this community, and beautifully paints the world as it gradually comes alive for Jonas as he receives more and more memories.

It was when the world came alive for Jonas that my son started his own running commentary on the book. He became most animated when we got to the parts where the Giver and Jonas talk about what it means to have created a world where there is no need to make a choice - or rather, very little potential for making a wrong choice. Here is the specific dialogue:

“It’s the choosing that’s important, isn’t it?” The Giver asked him.

Jonas nodded. “My little brother -” he began, and then corrected himself. “No, that’s inaccurate. He’s not my brother, not really. But this newchild that my family takes care of - his name’s Gabriel?”

“Well he’s right at the age where he’s learning so much. He grabs toys when we hold them in front of him - my father says he’s learning small muscle control. And he’s really cute.”

“But now that I can see colors, at least sometimes, I was just thinking: what if we could hold up things that were bright red, or bright yellow, and he could choose? Instead of Sameness.”

“Oh.” Jonas was silent for a minute. “Oh, I see what you mean. It wouldn’t matter for a newchild’s toy. But later it does matter, doesn’t it? We don’t dare let people make choices on their own.”

“Not safe?” The Giver suggested.

“Definitely not safe,” Jonas said with certainty...”Very frightening. I can’t even imagine it. We really have to protect people from wrong choices.”

But when the conversation turned to other things, Jonas was left, still with a feeling of frustration that he didn’t understand.

My son understood Jonas’s frustration right away and made me stop reading. “You just have to teach people how to make choices!”

We took time then, right in the middle of the story, to talk about how people learn to make the right choices. We talked about who gets to decide which choices are right and which ones are wrong. We talked about who would know how to teach people to make the right choices - he suggested people who have learned from making the wrong choices. They are better at knowing good choices.

We talked about how we learn from wrong choices, and sometimes forget to learn from our right choices. I know that I for one often stumble into the right choice, and don’t spend enough time reflecting on why that choice was the right one for me at that moment.

Finally we talked about how our faith and the Bible teaches what choices are right and wrong - sometimes. Sometimes it is not that easy. How does being a Christian affect what choices we make? What does it mean to be a Christian who makes the wrong choice?

It was a great conversation that I don’t think I could have pulled him into without reading this book together.

I could fill a whole blog post on the anxiety I felt as we got closer and closer to Jonas’s discovery that the community killed infants, but interestingly my son was not as upset by the revelation as I thought he would be. Shocked yes, but not disturbed. We will see how he feels when he reads this book with his own children.

As we got towards the end of the story, I decided that I would use this as an opportunity to share my own perspective on the story, to see if it would help me express some other ideas that normally we wouldn’t have a venue for discussing.

Here is the section that prompted another conversation:

“But why can’t everyone have the memories? I think it would seem a little easier if the memories were shared. You and I wouldn’t have to bear so much by ourselves, if everybody took a part.”

The Giver sighed, “You’re right,” he said. “But then everyone would be burdened and pained. They don’t want that. And that’s the real reason the Receiver is is so vital to them, and so honored. They selected me - and you - to lift that burden from themselves.”

Throughout the book, the Giver talks about how the group of Elders calls upon him to help them when they encounter a problem they have never had to face before. He uses his collective memories and the wisdom they provide to give them counsel. But he also shares that he wishes they would consult him more frequently.

I told my son that sometimes this was how I felt as a pastor. It felt on some days like I was the Receiver of Memories - especially the collective and community memories found in scripture. Even though these things were not a collection of my experiences, it was my job to maintain the memories of God’s people that we have in the Bible. Sometimes it felt like the burden of keeping those memories was mine, and only when people encountered a problem that they couldn’t understand from their own experience did they come to me, to see if maybe the wisdom of these scriptural memories could help them.

I am not sure he understood exactly the frustration that I was trying to share with him, but he understood enough of it to provide a correction to my comparison. He said, “But it’s not the same. Anyone can read the Bible and have the same memories and know the same things. In the book the memories are hidden from the people. Anyone can read the Bible.”

Indeed. I pushed him a little further and told him that he was absolutely correct - anyone can read the Bible for themselves. But do they? Do they feel the same responsibility as a person to be the carrier of these memories as I might be expected to as a pastor?

We talked a bit more about what it means to treat the Bible like our own memories. They may not be experiences we have had, but they are our inheritance as people of faith. It is our responsibility to maintain that inheritance for the next generation, so they can learn from it as well.

When we finished the book my son was amazed that Jonas had been able to find that very sled the Giver had shared with him at their first session, he was relieved to know that Jonas and Gabriel were about to be welcomed into the arms of what he knew would be a loving family, and he was frustrated that it was over. All signs of a good book.

I hope you have the same experience reading it together with your children.

He and I have already begun to read the next book for this series of posts I am doing on Newberry Award winning books, The One and Only Ivan by Katherine Applegate, the 2012 winner. Here is a sample of what we will do next:

Some animals live privately, unwatched, but that is not my life.

My life is flashing lights and pointing fingers and uninvited visitors. Inches away, humans flatten their little hands against the wall of glass that separates us.

The glass says you are this and we are that and that is how it will always be.

Humans leave their fingerprints behind, sticky with candy, slick with sweat. Each night a weary man comes to wipe them away.

Sometimes I press my nose against the glass. My noseprint, like your fingerprint, is the first and last and only one.

The man wipes the glass and then I am gone.

Posted by Rebecca Kirkpatrick at 4:19 AM