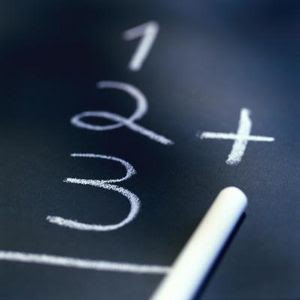 The current battle in our household is over very small things. Things so small they are represented by little numbers like 1, 2, 3, 4, 5…well, these numbers are the actual small things that we are fighting over as my son’s disdain for memorizing his math facts has finally caught up to him.
Every night we sit down and work on his math facts for the requisite five minutes that his teacher has prescribed, which usually turns into ten after the corrections, the tears, and a bunch of backward sixes.

It is not that he doesn’t like math -- he loves math and science…in the theoretical state. He is adamant that he will grow up to be a Robotics Engineer so that he can make “helper” robots to give away for free to anyone who needs them. (This was his ‘dream” last January when we celebrated Martin Luther King Jr. Day.) When I remind him that robotics requires quite a bit of math, he sighs and makes a somewhat fatalistic comment about his hatred for his math facts.

There are moments during the fighting and the crying that I wonder myself whether knowing one’s math facts is truly a necessary life skill. And then I realize that for anyone who doesn’t go into a mathematics based career, math facts are really the most important math lesson and most applicable skill we ever learn in school.
Of course, the reason one must learn one’s math facts is that once you move on to higher math, or even if you ever use money, double a recipe, or try to create a seating chart, it is helpful to not have to spend time counting on one’s fingers (and toes) to do simple math. It should just be second nature. So we will continue the battle.


In a similar way I often wonder how important memorization is when it comes to matters of faith. I can still remember spending several weeks in my third or fourth grade year memorizing Psalm 8 in Sunday school.


O LORD, our Lord, how majestic is thy name in all the earth! Thou whose glory above the heavens is chanted by the mouth of babes and infants, thou hast founded a bulwark because of thy foes, to still the enemy and the avenger.  When I look at thy heavens, the work of thy fingers, the moon and the stars which thou hast established; what is man that thou art mindful of him, and the son of man that thou dost care for him?  Yet thou hast made him little less than God, and dost crown him with glory and honor. Thou hast given him dominion over the works of thy hands; thou hast put all things under his feet, all sheep and oxen, and also the beasts of the field, the birds of the air, and the fish of the sea, whatever passes along the paths of the sea.  O LORD, our Lord, how majestic is thy name in all the earth!
That was 25 years ago. The thought that we would attract children and families to our Christian Education programs today with that kind of curriculum is unimaginable. And so we have collectively stopped making children memorize things in Sunday school.


Sunday school was where a generation of children (even before my time) memorized the books of the Bible, the names of the disciples, the Ten Commandments, and even the Westminster Shorter Catechism. But today, I would rather spend the limited amount of time I have children in class to tell the stories of Jesus calling the disciples while I am sitting in a small fishing boat in our storytelling room than making them learn to pronounce the name Thaddeus. I would much rather teach a Confirmation class that tingles the imaginations of tweens than work on rote memorization of questions and answers. Those things aren’t fun, and so we stopped doing them.
And yet, I find that we run into the same problems one has when one’s math facts have been neglected. Children who have not memorized the books of the Bible can never seem to remember if Psalms is in the Old or New Testament. Like children counting on their fingers, they spend extra time blindly flipping through those tissue paper thin pages of the Bible, when they should be able to turn there directly.


And there is more to it than this. Like it or not, Psalm 8 is hard-wired into my brain. My guess is that in my old age, after much else is gone, that psalm will still be hanging around in there. At the point when my fingers have grown too arthritic to manage those tissue paper thin pages of the Bible, I won’t need to, because a little piece of scripture will already be a part of me.
When the words for prayer are slow to come, the Lord’s Prayer is always on the tip of my tongue. When I am in a moment of moral crisis in an inconvenient place (like the line at the grocery store) I can at least fall back on my memorization of the Greatest Commandment to get me through without incident.


As convinced as I am that we have sorely neglected the benefits of religious memorization, I am not going to radically change the way we do education for children in the classroom at my church. I still really like being able to spend that valuable time sparking the theological and biblical imagination of young people. Instead, we have done something almost equally radical. 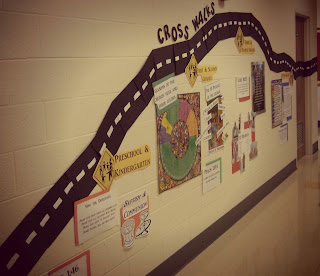 We have created a list for parents and children of some of the essentials that it would be helpful for children to know. And then we have challenged them to work on those essentials together during the 6 ¾ days of the week that they are not at church -- and to let us know when they are done so that we can celebrate with them.


We spent several hours at meetings mulling over what these essentials would be, and set some priorities and some categories for what children might want to work on. Then we made them age appropriate.
For each grade we chose a single verse of scripture that was both iconic and theologically rich. For each grade we picked out an element of our worship life that is important for any member of our community to know: the Doxology, the church seasons and their colors, the Lord’s Prayer, and the Apostles’ Creed. For each grade we picked a list of things they could learn: the two sacraments (for preschoolers), the ten plagues of the Exodus, the 12 Disciples, and the Ten Commandments. And then we encouraged children of any age to memorize the books of the Old and New Testament.


This program is still very much in its infancy stage for our families (and for my family). We will see how it colors both our school year together and the faith lives of our children and parents.
My son is in second grade, which means that this year, along with memorizing all of his math facts, he should also soon be able to rattle off the deliciously horrible list of plagues (one of the few times I have used my pastoral authority to my son’s advantage).


He will also commit to memory the first verse from what has become one of my favorite psalms, Psalm 139:1 -- Lord, You have searched me and known me.
Hopefully, that piece of scripture will also be hard wired into his brain, and when he wonders in the middle of the night who he is and why he is spending so much time working on all of those blasted robots that open pill bottles, he will remember that God has always known who he is and what he has been called to do.
Posted by Rebecca Kirkpatrick at 10:47 AM